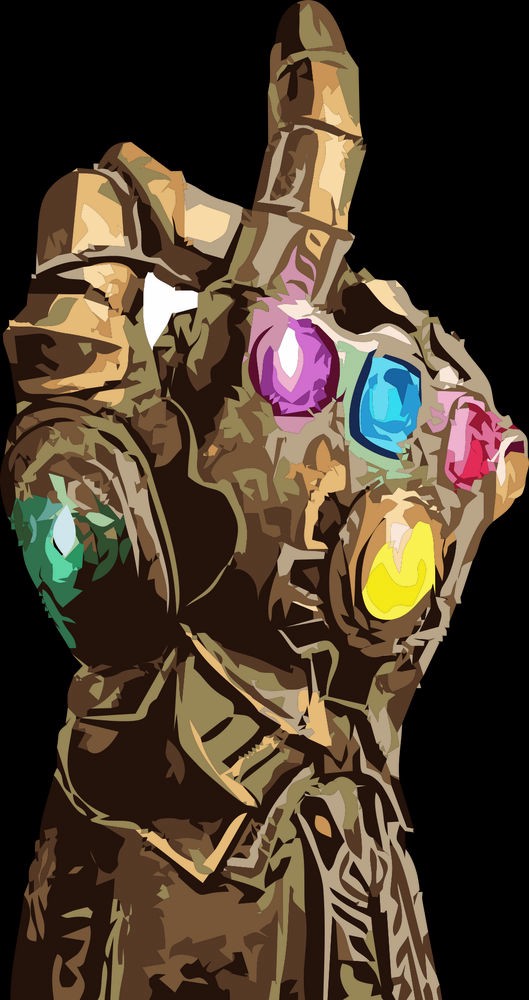 “Your God is like Thanos”, said a young man at the Tampa, FL International Mall. He was 25 years old, somewhat heavy set, and had medium length brown hair. Minutes before his jaw dropping statement I had approached him and asked my second favorite opening question during an evangelistic outreach which is “Do you believe in any sort of afterlife?” What began as a calm, cordial, and fascinating conversation quickly escalated into something filled with a tension you could cut with a knife! I suppose this is why people say you should never talk about religion and politics. But as a follower of Jesus Christ you kinda have to talk about the religion part.

He Thought He Heaven Was A Boring Place

When I asked him if he believed that heaven exists, and if he was going there he said that the concept didn’t interest him much because it seemed boring. “You would eventually get bored and run out of things to discover if you’re in the same place forever” he said. I explained that this isn’t true based on the biblical testimony about who God is and what heaven’s like. Anytime someone says that “heaven will be boring”, “monotonous”, “uncool”, “dull”, or anything of the sort a good place to refer them to is Psalm 16:11 in the Bible. It says,

“You will make known to me the path of life;
In Your presence is fullness of joy;
In Your right hand there are pleasures forever.”

How can someone get bored and run out of things to discover in the presence of a God with infinite power and wisdom? How about when there’s “fullness of joy”, and“pleasures forever” in the presence of this God? This doesn’t sound like a boring place to me! According to Revelation 21:3 God will “dwell among” His people in heaven as well, so believers will be in His presence forever. After explaining this I could sense the tension growing in the conversation. I perceived his question to be more of an excuse, but the excuse was knocked away.

I then began to speak about our position in the sight of a morally perfect God, and how we have all broken His law the Ten Commandments by lying, stealing, looking with lust, having sex outside of marriage, and hating others to which he readily admitted to doing. I then told him about how Jesus Christ came to earth to die on the cross to pay the penalty of the law we broke and rose again from the dead. In hindsight I’m almost positive that I didn’t spend enough time speaking about this with him.

Why Do Children Get Sick And Die?

After I said this the conversation took a strange and negative turn. Seemingly agitated he asked, “Why do children get sick and die?”. I thought to myself “What?! Why is he asking this? Is he hurting or something? Does he know a sick child?”. I was caught off guard by his question, but I think it was a smokescreen to take the focus off of his personal accountability to God. I proceeded to answer his question by telling him that death is in the world because we have sinned against God according to Romans 5:12, and that even children by nature have this proclivity according Psalm 51:5, making them subject to the same curse. He then blurted out the wild statement “Your God is like Thanos!”. It’s safe to say that he didn’t care for my answer!

As I tried to further defend and explain my position someone he knew walked up to us, and he had to leave. While he was walking away he was still complaining and criticizing my answer, and I was still defending my answer with both our voices slightly raised. It was a duel of quick responses! Then he was gone.

His Question Was A Rabbit Trail

I’m not sure if I gave the best answer to his question, but looking back I don’t think I should have addressed his question before he adequately understood his need for Jesus Christ. When someone complains about God’s ways or judges God as harsh they show that they still haven’t understood themselves as a sinner who has a personal need for God’s forgiveness. He thinks he’s too good to be sentenced by God for breaking his Law. He picks apart what you’re saying, and sends you on a rabbit trail to take the focus off of himself.

Instead of answering every difficult emotional objection someone brings up I believe we are to continue to speak to a person about their need of Christ until they come to him, or at least understand their need of him. The most important thing is for the person to find peace with God for themselves before finding a peace of mind with their outside questions. Once the gospel of Jesus Christ transforms the persons heart, by the power of God their mind will transform. Then they will be in a position to understand other issues because they will have the “mind of Christ”.

In the New Testament gospels the disciples began to follow Jesus before all of their questions were answered. It was while they followed him that their understanding increased. They didn’t say “Jesus, before I follow you can you answer me about the problem of evil or the inspiration of the Bible?”

So let us stay focused on communicating the gospel of Christ even when someone surprises us with questions or objections. Perhaps, a better response to his questions about children would have been “That’s a good question. Let’s come back to that. Knowing that you’ve broken God’s Law and Jesus has died for you, what would stop you from trusting him?”

What would you have said to him?