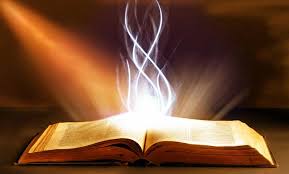 In a secularizing age the Bible at best is said to be irrelevant and at worst deemed as a myth. It can seem ineffective to defend its message by saying “the Bible says”, “the Bible says”. I mean come on, shouldn’t we first establish the Bible as true before using it to make appeals? Don’t we need outside non-biblical sources to help us determine whether the Bible is trustworthy or not? The short answer is “no”. You might say “but isn’t that circular reasoning?” It actually isn’t it. Here’s why:

The Bible Is Alive

You see, the Bible is a living book unlike any other book in existence. When it’s read, quoted, taught, and studied, the reader and listener aren’t just hearing the words of a person but they are hearing the inspired words of God. God speaks through the words on the page. It’s also called the “sword of the spirit”.

This means that when the words of the Bible are brought to the eyes and the ears the Spirit of God drives it home into a person’s heart.  You may say “this still doesn’t make sense. Isn’t prior belief in the Bible required to accept its message?” If we were talking about any other book then perhaps, yes, but the Bible is unique in that belief is actually produced from hearing its message.

The Bible testifies: “So then faith comes from hearing, and hearing by the word of Christ” Romans 10:17. However, many of us live as if the opposite of this verse is true: “So then HEARING comes from FAITH and hearing by the word of Christ“. This is so wrong! A rational argument doesn’t produce faith. It’s the Spirit of God working on the human heart that does. Yet many times we rely on rational arguments to produce faith within a person.

Consider what the Apostle Paul said to the Corinthian Church: “For since in the wisdom of God, the world through its wisdom did not come to know God, God was well-pleased with the foolishness of the message preached to save those who believe” 1 Corinthians 1:21.  The world in its own wisdom tries with all its ability to establish the truthfulness of Jesus Christ and the Bible. It says “Prove to me that the Bible comes from God”, “How do you know God exists?” “How do you know Christianity is true?”, with the expectation that the Christian shouldn’t use the Bible itself as evidence. However, it’s God’s intention that the gospel of Jesus Christ from the very pages of the Bible be the means by which faith is produced. I suppose that more could be said on this topic but I would like to conclude with some quotes from Christians in recent history:

“But the man of God that will be thoroughly furnished, must learn the value of the humble sling of ejaculatory warning, and the smooth stone of Scripture quotation. And if we imagine that these are only inferior weapons fitted for reaching the heart of the simple-minded and ignorant, let us remember that there is nothing mightier in all God’s armory than a text of Scripture..”

“I found that the Bible became a flame in my hands. That flame melted away unbelief in the hearts of the people and moved them to decide for Christ. The Word became a hammer breaking up stony hearts and shaping them into the likeness of God. Did not God say, “I will make my words in thy mouth fire” (Jer. 5:14) and “Is not my word like as a fire? . . . and like a hammer that breaketh the rock in pieces?” (Jer. 23:29)? I found that I could take a simple outline and put a number of pertinent Scripture quotations under each point, and God would use this mightily to cause men to make full commitment to Christ. I found that I did not have to rely upon cleverness, or apt illustrations or striking quotations from famous men. I began to rely more and more upon Scripture itself and God blessed.”

“Do not try to conquer sin in others, or capture a heart for Jesus, except with the sword of the Spirit. How the devil laughs when we try to make converts apart from Holy Scripture and the Holy Spirit! He laughs, I say, for he derides our folly.”

“The Word of God is the voice of God in print. It is active and alive and sharper than a two-edged sword”

“No matter with whom you are dealing, or how stubborn he may be, never forget that the Spirit of God and the Word of God have power to break the hardest heart.”

Keep quoting the Bible my friends!