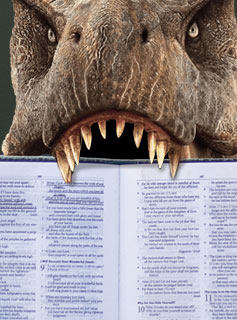 The following post is over ten years old now, but I thought it would be encouraging to share!

It has been a while since I have blogged here. A few months actually, but I wanted to just post an evangelistic adventure that I had at the Tallahassee Mall in July. I do not do much evangelism in the mall, but the times that I have done it have been enjoyable. It makes me nervous when I think about but it is a great place to proclaim the gospel of Jesus as long as the authorities do not try to throw you out ;).

Back in July I went to the Tallahassee Mall with a Pastor do spread information about church services and to do some evangelism. We prayed in the car and then proceeded to head into the mall. As soon as we got to the entrance we approached a young woman smoking a cigarette and invited her to church. I wanted to ask her if she would go to heaven if she died that night, but I did not muster up the courage to do so. She was friendly however, and said that she was looking for a church. After we talked with her a bit we walked into the mall and saw four teenage boys talking among themselves. The Pastor began a conversation with them, and almost immediately one of the boys said that he was an agnostic one of the others said that he only goes to church during the holidays. The Pastor started to explain to him about the main theme of the Bible. the truth of the gospel of Jesus Christ and why we believe that it is true. The Agnostic then brought up dinosaurs and questioned whether or not they are written in the Bible, but it seemed to us almost like a smoke screen. Then he said that he did not want to be controlled by anything. He wanted to be in control of his own life and did not want the Bible of God dictating the way that he lives his life. That seemed like the root of his unbelief. We reasoned with him some more and told him to consider the things that were spoken to him.

We then continued to walk through mall and approached a jeweler. He said that he already went to a church, so I asked him if he would go to heaven if he died, to which he quickly responded, “I can’t talk about that on my job”. We courteously said goodbye and told him to have a good day. He seemed like a nice man. Next we saw a man dressed in bicycler’s clothing sitting on a bench. I extended to him an invitation to the church service and he refused it saying that he did not have any pockets. Then I asked him if he would go to heaven if he died and he looked at me with a prideful stare and he burst out with laughter. He said that the Bible was a myth and I spent the next 45 minutes trying to reason with him and the gospel was declared to him as well. He was full of pride and said that he used to believe what we believed until he got educated. I continued to patiently reason with him with a smile on my face and with gentleness, but he kept insisting that what we believe is foolishness! I eventually proclaimed the gospel to him and our conversation ended.

So why did I call this post Dinosaurs, Pride, and Rebellion? Because that is what we came across at the mall. However, my time there reinforced the fact that we can witness anywhere and most of the time people are willing to talk to us about spiritual things. We must make ourselves available and step off in faith and initiate. God is faithful, He will be with us, and He will empower us (Acts 1:8)! Trust Him and go!