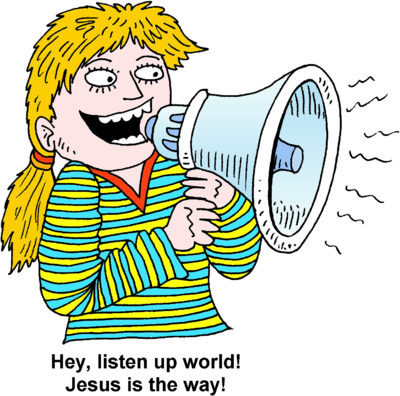 Today, I had the privilege of going to the local mall to share the gospel of Jesus Christ. I arrived at the mall during the afternoon hours, and at first there weren’t very many people there. As I walked around for about 20 minutes I noticed a man who appeared to be in his 30’s looking at his phone. I became curious and wanted to approach him, but I didn’t just yet, and kept walking around scoping out the area. About 10 minutes later I walked back around to the same area where the man on his phone was, and I approached him with my usual introduction and question about where he was going to spend eternity. He responded confidently and said he was a Christian who believed that Jesus died for his sins and rose from the dead. He then said the unexpected! He asked if he could join me in going out to evangelize, and said that he had just been trained in a new method of evangelism. So we prayed for God to lead us, and we were off!

A guy with a baseball cap

As we were walking I noticed a guy with a baseball cap sitting on one of the couches, and without hesitation we approached him. After my usual question about heaven he told us that he’s confident that he’s going to heaven because of his faith in God. The response was rather vague so we probed a bit further about what he meant about faith in God, and we found out that he wasn’t trusting in Jesus alone for his salvation, but he was also trusting in his works. He talked about a handful of good deeds he had done, and believed that this would affect his moral standing before God, but oddly enough he didn’t believe the Bible was the word of God, or that being concerned about the afterlife mattered at all. However, the most fascinating thing about this conversation was that the man said he had a Christian background, had gone to church, frequently talked with his family about God, and even listened to an audio Bible! After we responded to his views on the afterlife we began to exhort him to put his full trust in Jesus Christ, and about how God accepts us fully based on the work of Jesus Christ alone on the cross through our trust.

Personal Evangelism has no replacement

I shared all of that to say this: There is no substitute for one on one or direct personal evangelism. This man had a Christian background yet, it became apparent in the conversation that he had not made genuine response to the gospel of Jesus Christ, and had not actually trusted in Jesus for forgiveness and eternal life. He had Bible engagement, church attendance, and interactions with his Christian family, yet he didn’t have an accurate knowledge of the gospel! My fear is that in America and the West in general we’ve substituted church attendance and going through Christian motions for actual evangelism that makes the gospel clear and challenges a person to trust in Jesus Christ. A person can go to a church with the best teaching that’s winning the lost to Jesus Christ through its sermons, but this is still no substitute for personal evangelism. Someone can grow up in the most godly, devout Christian family learning the practice of prayer and how to read the Bible, but this is also not a substitute for this person being challenged to respond to the gospel of Jesus Christ. It was never God’s intention to have the learning of spiritual disciplines, church attendance, and christian relationships to replace a clear hearing of the gospel. God has a unique and vital place for it.

Ephesians 4:11-12 says, ” And He gave some as apostles, and some as prophets, and some as evangelists, and some as pastors and teachers, for the equipping of the saints for the work of service, to the building up of the body of Christ”

In the verses above God has given “evangelists” to the church to equip and build up the church. The evangelist helps train the church in effective ways to share the gospel, and also shares the gospel himself. God’s intention for the evangelist and the church is be people who engage in personal one to one evangelism as well as other methods of evangelism. Simply trusting a Christian environment or Christian relationships to get the evangelistic job done is not an option. It will fall short without a clear presentation of the gospel as we saw in the example with the young man above.

The Power of God

So reader, my question to you is are you hoping that someone becomes a Christian solely through exposing them to a Christian environment, or are you speaking a clear gospel presentation to them and calling them to trust Jesus Christ? The GOSPEL is the power of God for salvation to everyone who believes… accept no substitutes!