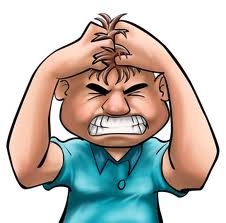 “Religion is the cause of most wars right?”, said the off-duty police officer at the local mall. I had just approached him 2 minutes prior to this statement with my usual question of “are you going to heaven?”. The officer told me he didn’t believe in God and had many life experiences that led him to question God’s existence. As I attempted to answer some of his questions and dig deeper about his beliefs, a middle aged man came and sat next to us, and it turned out that he was a friend of the police officer I was having a conversation with. The officer told him that we were talking about God. He then gave me a greeting and told me he was a salesman who had a Roman Catholic background and believed that his good works would get him to heaven. The officer then said that he and his friend were going to Starbucks, and he invited me to come along to continue the conversation about God and heaven. As we were walking I thought to myself, “how am I going to share the gospel with a Roman Catholic and an Atheist at the same time?”. I quickly decided to give the simplest gospel presentation as possible since both men held radically different positions.

When we sat down at a table in Starbucks I immediately asked them if they had kept the Ten Commandments (I didn’t try to prove God’s existence or convince them that good works don’t get someone to heaven). I went through the commandments one by one asking if they’ve ever lied, stolen, looked at someone lustfully, hated anyone, or used God’s name in vain, and I noticed that the salesman was becoming agitated, and the officer had a look of concern on his face as they both admitted to breaking the Ten Commandments. The salesman kept asking me where I was going with the questions until finally his agitation had reached its limit. He cut off my questioning, and said “Enough”. I then asked if he wanted to know how a person can be forgiven for breaking the commandments. He declined and said “I would like to think that I’m going to a good place”. I then turned and asked the same question to the officer, and he also declined following suit with his friend. We then said goodbye and parted ways.

The Heat of the Law

I’ve found that sometimes it’s effective to immediately take your hearers through the Ten Commandments (God’s Law) without addressing their errors or barriers to belief because they can slow you down, cause arguments, or even completely block the way for you to communicate the gospel. Let them feel the heat of God’s Law against their conscience so that they know they’ve sinned against God and need forgiveness. You’ll find that in some cases the person’s emotional and religious barriers don’t even come up. They become a nonissue. Why? Because scripture tells us:

14 For when Gentiles who do not have the Law do [n]instinctively the things of the Law, these, not having the Law, are a law to themselves, 15 in that they show the work of the Law written in their hearts, their conscience bearing witness and their thoughts alternately accusing or else defending them,
Romans 2:14-15

The work of God’s Law is written on every heart whether they are Atheist or Roman Catholic, and their conscience either accuses or defends them as the knowledge of the law is brought to the surface. This is why the men became agitated and concerned! Also do not be discouraged if someone suddenly ends a witnessing conversation because they are frustrated or concerned about what you are saying. It can be normal response when someone comes across uncomfortable truths because of conviction of the Holy Spirit.

Until next time! Talk to someone about Jesus today!

1 thought on “An Atheistic Cop & A Roman Catholic Salesman”