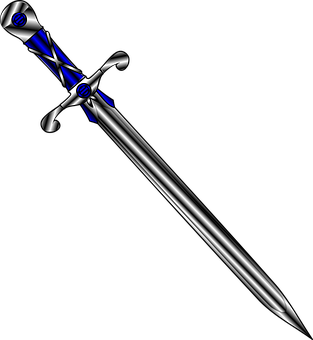 Since we believe that the word of God is sharper than any two-edged sword, what is a simple way to share the gospel while putting this powerful sword to use? Two verses that I believe explain the gospel concisely are Romans 3:23-24 because they tell us the current human condition, the standard by which we diagnose that condition, and the cure to that condition. We are also presented with God, man, and Jesus Christ. Lets take a closer look:

“for all have sinned and fall short of the glory of God, being justified as a gift by His grace through the redemption which is in Christ Jesus” Romans 3:24-25.

In the first have verse 23 we are told that “all have sinned” which means that every single human being has missed God’s moral mark, or has broken his law. This includes morality as found in the Ten Commandments as well as standards pertaining to our thoughts, intentions and speech. The second half of the verse mentions the core issue of man’s sin and guilt, which is the falling “short of the glory of God”. Human beings were made in God’s image in order to reflect his character and to give him praise, but in our lives we have not reflected God’s character. If we are honest with ourselves we can think of numerous times where our actions, thoughts, and words have not conformed to the perfect character of God. We have also failed to acknowledge God in our lives. This is what it means to have “fallen short of the glory of God”.

God Justifies As A Gift

We are given God’s solution in verse 24. It says “being justified as a gift by His grace”. God offers to justify or declare righteous before Himself the guilty person as a gift. God can freely let the person who has sinned off the hook. How? “Through the redemption which is in Christ Jesus”. Jesus Christ, the Son of God lived a perfect life, performed miracles, and died on the cross to pay for our sins, and then he resurrected from the dead three days later. When Jesus died on the cross he was redeeming mankind from the guilt of their sin. The word redeem means to buy back or to pay for something. God is able to freely make people right himself because Jesus Christ paid the penalty for their sins, redeeming them from their guilt.

How Would You Use These Verses In An Evangelistic Conversation?

To use these verses you can begin a spiritual conversation as you normally would (I will do a post on this in the future). Have the person you’re speaking to read Romans 3:23, or you can quote it. You can then ask them “is it true that you’ve sinned and fallen short of the glory of God?” (Remember, faith comes by hearing word of God, and the word of God is sharper than any two edged sword). If a person doesn’t understand the question you can explain to them that sin is breaking God’s Law of missing God’s moral standard. You can them ask them if they have ever been dishonest, stolen, looked with lust, or any other sins that come to mind. To get them to understand the glory of God explain that it’s God’s character and perfection, and ask them if they have reflected God’s perfect character in their life. Once they’ve answered you can ask them, “So, you’ve sinned and fallen short of the glory of God as the verse says”?

Once the person says “Yes I have”, ask them if they know how to be forgiven, or get to heaven. If they don’t know you can have them read Romans 3:24, or you can quote it. Ask them who God is justifying (declaring righteous) as a gift according to the verse. Once they’ve answered “all” based on the previous verse, ask them how God is doing this based on the rest of the verse. When they answer “through the redemption in Christ Jesus”, and they understand what it means (the payment that Jesus made on the cross for our sins) ask them if they too would like to be justified by God as gift through the redemption of Jesus. If the person says “no” find out as why and try to answer their objection as best you can while trusting the Holy Spirit. If they say yes then tell them how to put their trust in Jesus  Christ to receive the forgiveness of their sins. I’ll talk about how to do this in a future post!