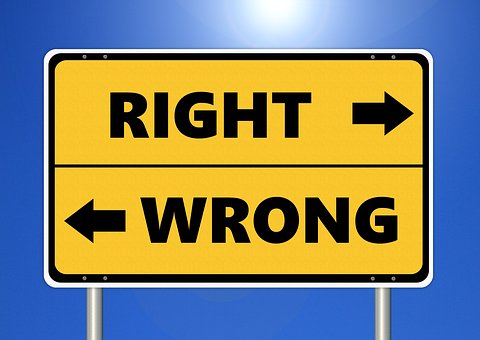 Last summer while I was at the local mall doing some evangelism I approached an older woman and asked her if she thought she was going to heaven when she died. She confidently said that she would, and told me that she attended the Church of Latter Day Saints also known as the Mormon Church, and had been a part of it her entire life. Now when she told me she was part of the Mormon church I immediately had to decide where to steer the conversation. Did I want to talk about the credibility of Joseph Smith’s (Founder of Mormonism) revelation, the nature of God and how he is not an exalted man, or did I want to steer the conversation in another direction? Sensing that I may not have much time in the conversation, I decided to go to the heart of the issue…. the Gospel.

The Gospel means good news, and it’s about the death of Jesus for our sins and His resurrection three days later. The issue of the Gospel is what separates Biblical Christianity from all other religions and many other groups who call themselves a church or denomination. I asked the woman if she believed in the crucifixion and resurrection of Jesus Christ for our sins, and she said yes (I knew she would affirm this since she told me she was part of the Mormon Church). I then asked her if the death and resurrection of Jesus is sufficient in of itself to get us into heaven. She responded “no, we still have to prove ourselves.” She didn’t believe that heaven was free for anyone, but that it took some type of effort on our part as well to earn it. Later that day I asked the same question to a young man who told me he was Catholic. He believed that Jesus died and rose from the dead for our sins, but that act itself was not sufficient to get us to heaven. According to him we also have to regularly attend church to confess our sins.

The Scope Of Jesus’s Work

So what do these two accounts have in common, and what’s the problem with the answers given by these two individuals? They both affirmed that Jesus died for their sins, rose from the dead three days later, and that this is essential for a person to get to heaven, but the problem is that they both minimized the scope of Jesus’s work on the cross. Their idea is that Jesus’s death on the cross took care of most or at least part of my salvation, but it in of itself did not secure my salvation, therefore I need to continue to confess my sins at church, be a good person, or prove myself to ultimately receive the benefit of Jesus’s death and resurrection which is forgiveness and eternal life in heaven. Maybe you’re reading this now and also have a similar line of thinking. Maybe like the young man and the woman you don’t think that salvation through Jesus Christ is totally free, and that ALL of your sins were paid for by Him. This is one of greatest errors that many people fall into who call themselves Christians. But how can the gospel be truly good news if we have work for salvation and eternal life in addition to the work that Jesus has already done? Here is how the Bible describes the work of Jesus’s death:

8 “Previously saying, ‘Sacrifice and offering, burnt offerings, and offerings for sin You did not desire, nor had pleasure in them’ (which are offered according to the law), 9 then He said, ‘Behold, I have come to do Your will, O God.’ He takes away the first that He may establish the second. 10 By that will we have been sanctified through the offering of the body of Jesus Christ once for all.

11 And every priest stands ministering daily and offering repeatedly the same sacrifices, which can never take away sins. 12 But this Man, after He had offered one sacrifice for sins forever, sat down at the right hand of God, 13 from that time waiting till His enemies are made His footstool. 14 For by one offering He has perfected forever those who are being sanctified” Hebrews 10:8-14.

In this passage the writer is describing the superiority of Jesus’s sacrifice to the sacrifices of animals that the Jewish people performed in the Old Testament. The Jewish people would come to their Temple to offer animal sacrifices for their sins, but the writer is arguing that this could not perfect or completely purify the person offering the sacrifice. The evidence of this is that the person needed to continually offer sacrifices for their sins, but Jesus came with a final offering of himself to take away sins completely. According to verse 10 a Christian has been sanctified which means set apart and purified from sins by the death Jesus Christ. Verse 14 gives us another aspect of this truth by telling us that Jesus’s offering of Himself perfects us forever. We are perfected by the work of Jesus, and this work has been completed one time for all time. This is the opposite of what the woman and the young man told me last summer. They were under the impression that we have to add our good conduct and confession of sins to the work that Jesus has already done for us to be accepted by God in the end, but this is not what the verse says at all. It’s by the offering of Jesus’s body alone that perfects us forever. Jesus did ALL of the work for your forgiveness, perfection, and eternal life in heaven.

My concern is that many professing Christians fall into the trap of adding things to the work of Jesus and trusting in their religious efforts along with Jesus’s efforts. This could be church attendance, confession of sin in a church setting, obedience to laws, good works, etc. This is dangerous, but a great number of people fall into this trap thinking that we in someway need to “prove ourselves to God”. We should never have confidence in anything else but the finished work of Jesus because He completely paid for our sins forever through one offering of Himself. What are you trusting in to perfect you?

If you ever come across someone with a similar response as the two individuals in this account then some useful passages to use are Ephesians 2:8-9 and Hebrews 10:10,14. I was able to quote Ephesians 2:8-9 to the Mormon woman while emphasizing that our salvation is not due to works, but it is by God’s unmerited favor. I then encouraged her to read those verses when she had time. She said that she would. I was also able to read Hebrews 10:10,14 to the Catholic young man and explained to him that the work of Jesus was sufficient for us to have eternal life heaven. After the conversation he seemed thankful that I took the time to speak with him. If someone is in error, whenever possible take the time to show them the answer from the scriptures.